Germany: Latest news at a glance 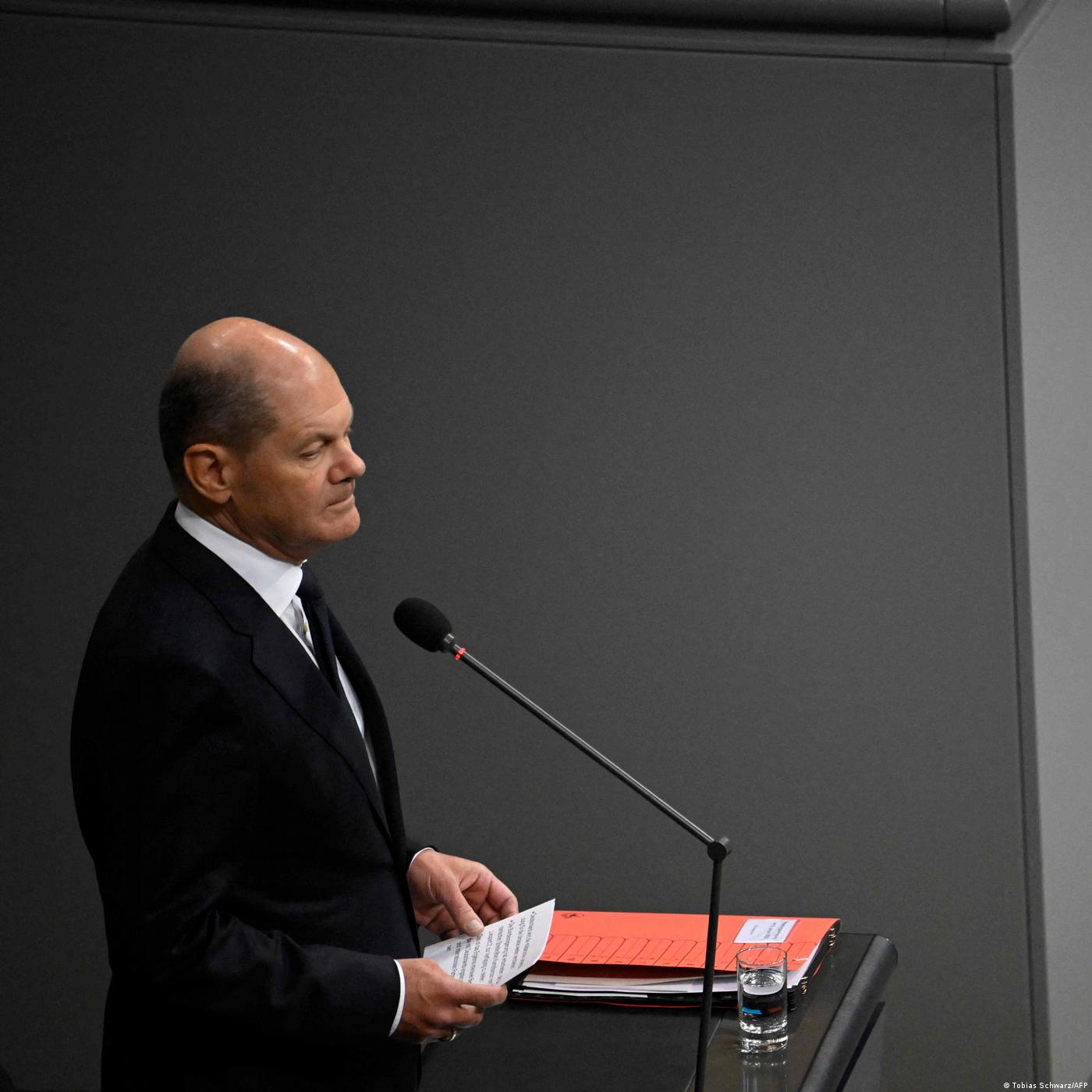 Scholz says Putin 'will not achieve his goals' in Ukraine
The Chancellor is addressing parliamentarians regarding the upcoming EU special summit in Brussels. The topics on the agenda in the Belgian capital include climate protection, the war in Ukraine and migration.
DW.com - 08.02.2023 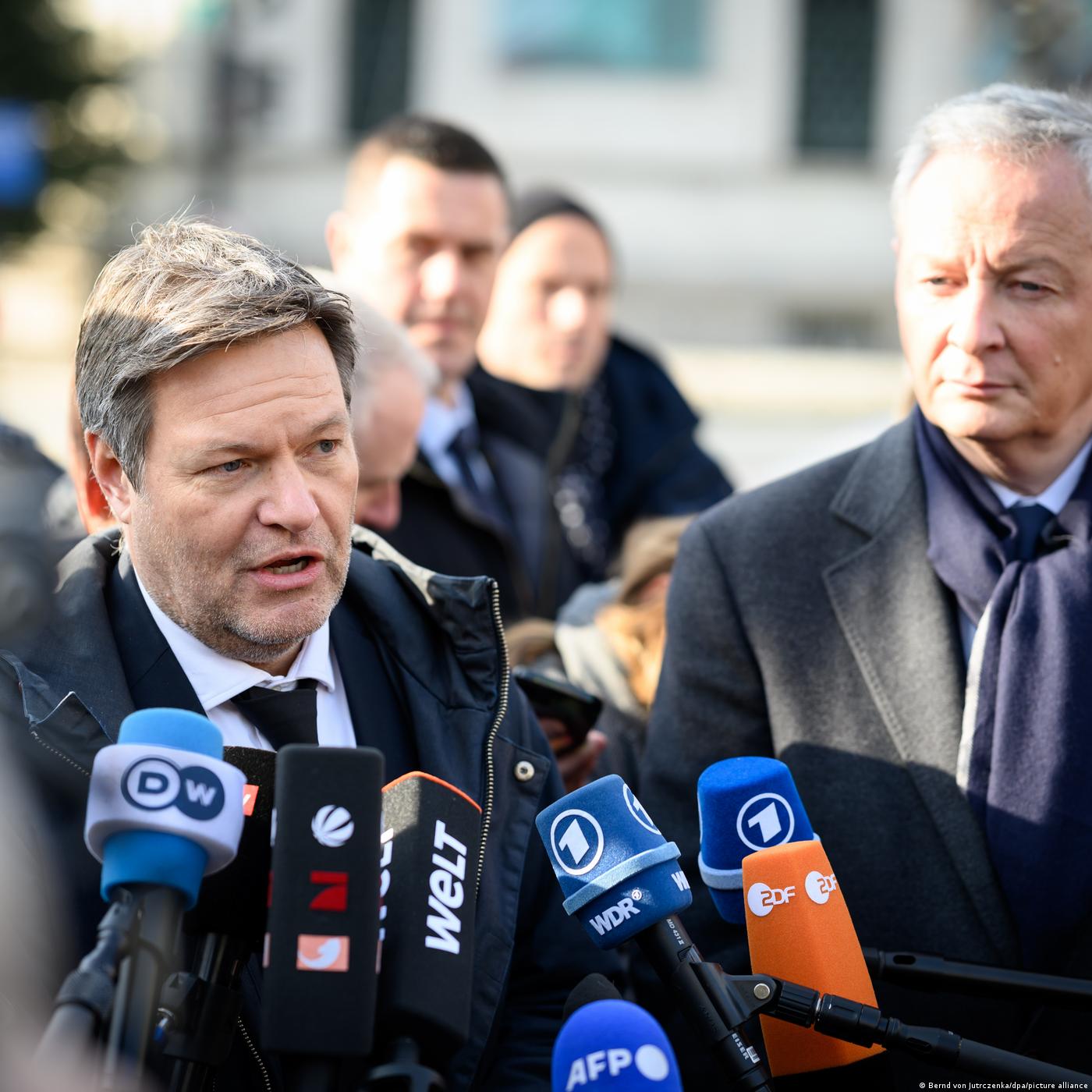 German, French ministers lobby US over green subsidy plans
Robert Habeck and Bruno Le Maire are in the US for talks on the Biden administration's Inflation Reduction Act. The EU argues that some of the US' green subsidy plans are protectionist and could even risk a trade war.
DW.com - 07.02.2023 Germany's Scholz pledges rapid onshore wind power expansion
By 2030, some 2% of Germany's land mass is supposed to be designated for wind turbines. Berlin has faced criticism for falling behind on its climate goals, and sees wind power as a way to catch up.
DW.com - 05.02.2023 Scholz tells Italy's Meloni migration a common challenge
Differences between German and Italy over issues including migration and subsidies came up when the countries' leaders met.
DW.com - 03.02.2023 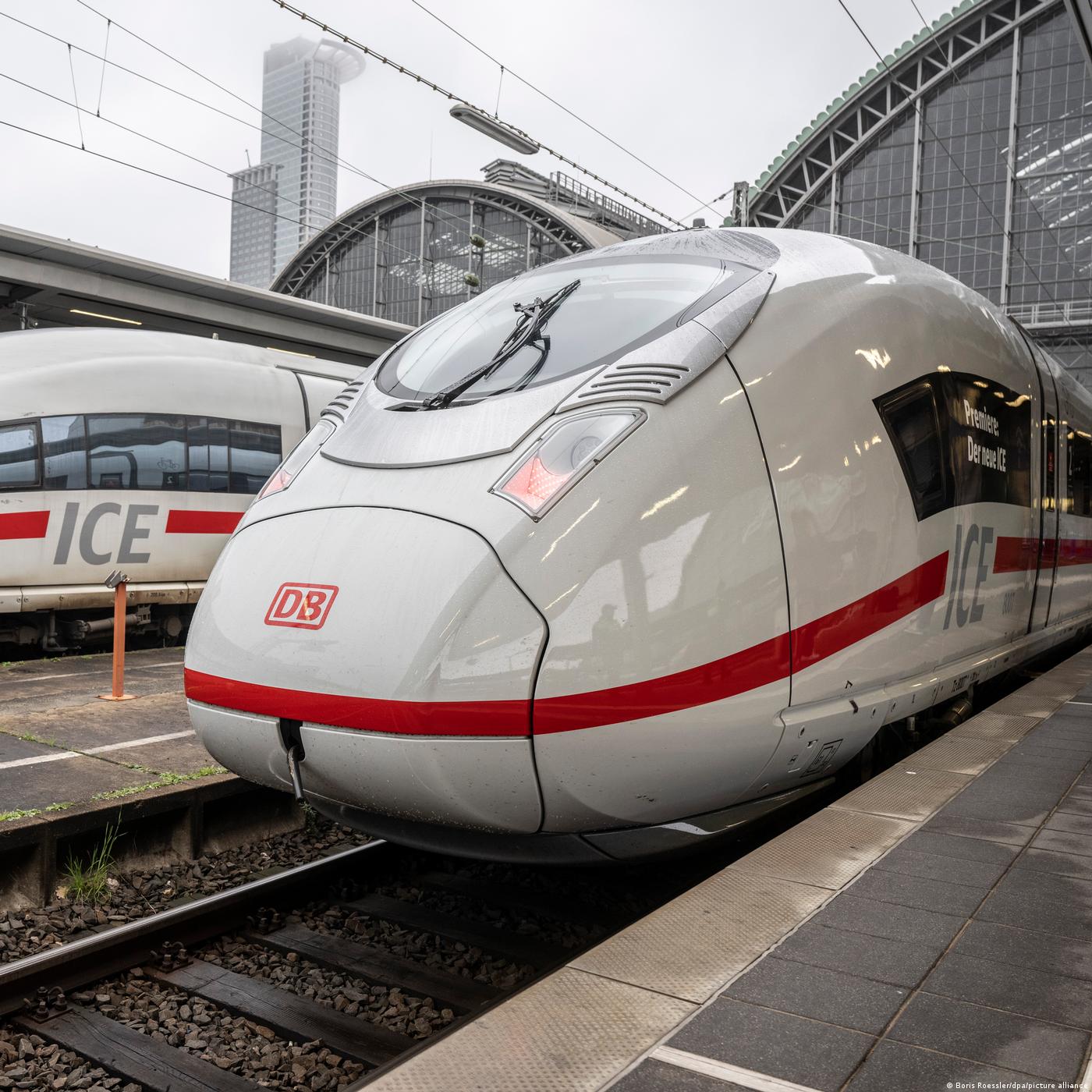 World War II era bomb shuts rail lines in southern Germany
The bomb was discovered not far from the tracks. Trains were disrupted to the Swiss city of Basel and it is unclear when service will resume.
DW.com - 03.02.2023 'Hitler Youth Salomon' Holocaust survivor Sally Perel dies at 97
Sally Perel, whose autobiography was the subject of a multi-award-winning film, has died at the age of 97. Born to a Jewish family, he survived life under the Nazi regime by adopting a false persona.
DW.com - 03.02.2023 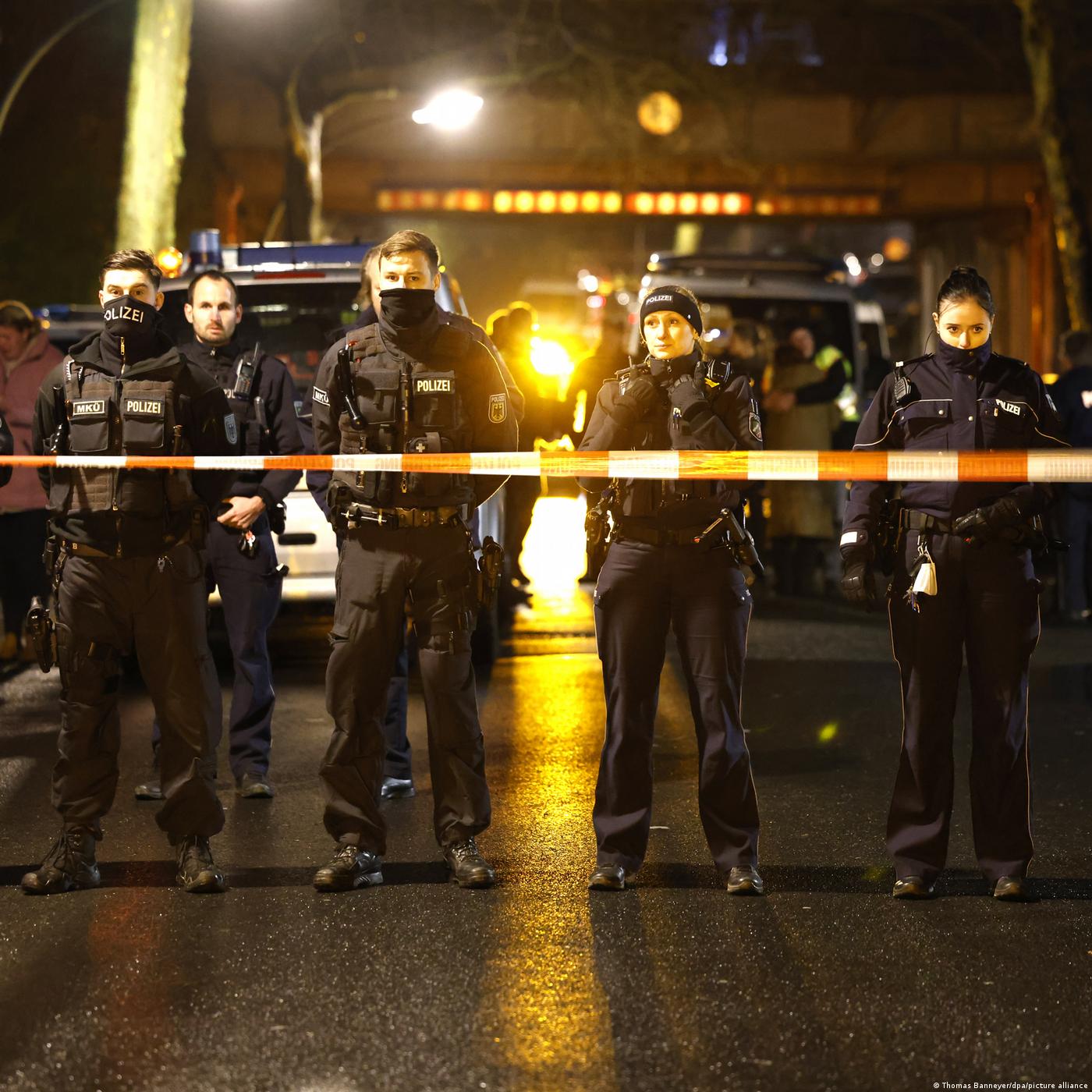 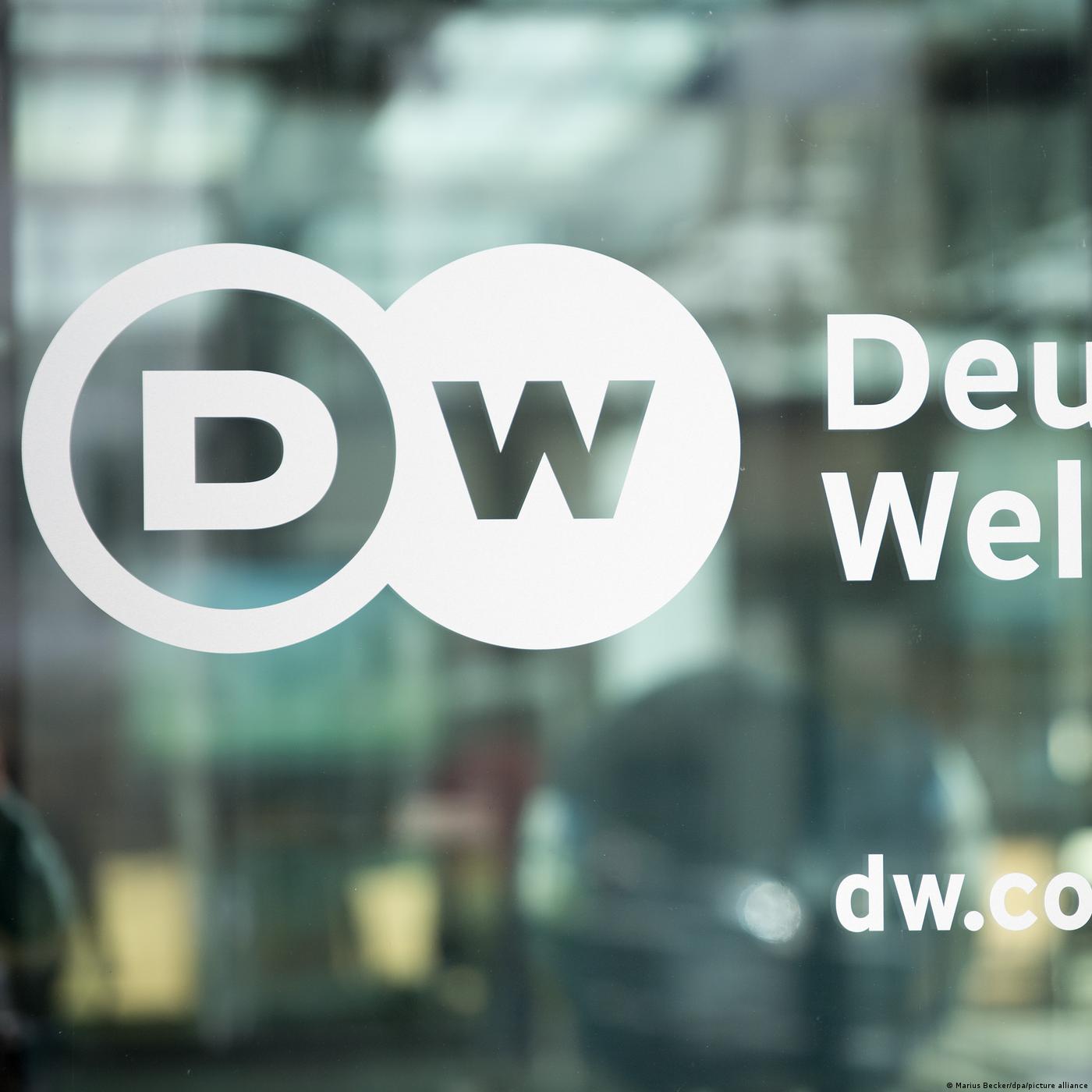 DW cancels filming in Baghdad amid Iraqi government threats
Deutsche Welle planned to film a new episode of its Arabic-language show "JaafarTalk" in Iraq, but host Jaafar Abdul Karim and his team had to leave the country on short notice due to security concerns.
DW.com - 02.02.2023 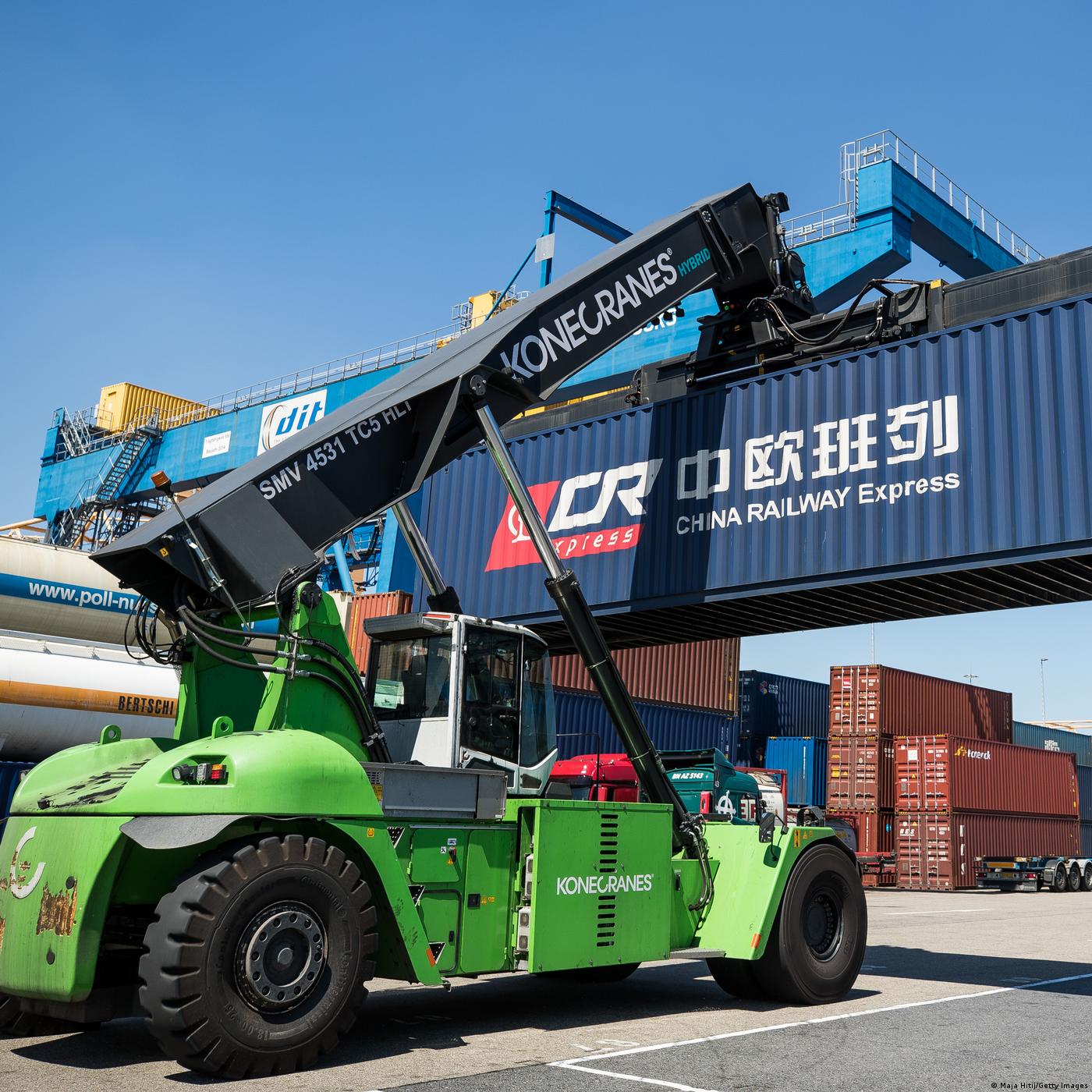 German trade surplus shrinks to lowest level in two decades
Despite an increase in exports, Germany's much-vaunted trade surplus fell for the fifth consecutive year in 2022. Much of the decline was due to higher energy prices after the Russian invasion of Ukraine.
DW.com - 02.02.2023 Deutsche Bank announces highest profits in 15 years
Germany's biggest bank has said it has posted its highest profits since 2007 following a strategic overhaul in 2019. This comes despite the scandals that have repeatedly beset the lender.
DW.com - 02.02.2023 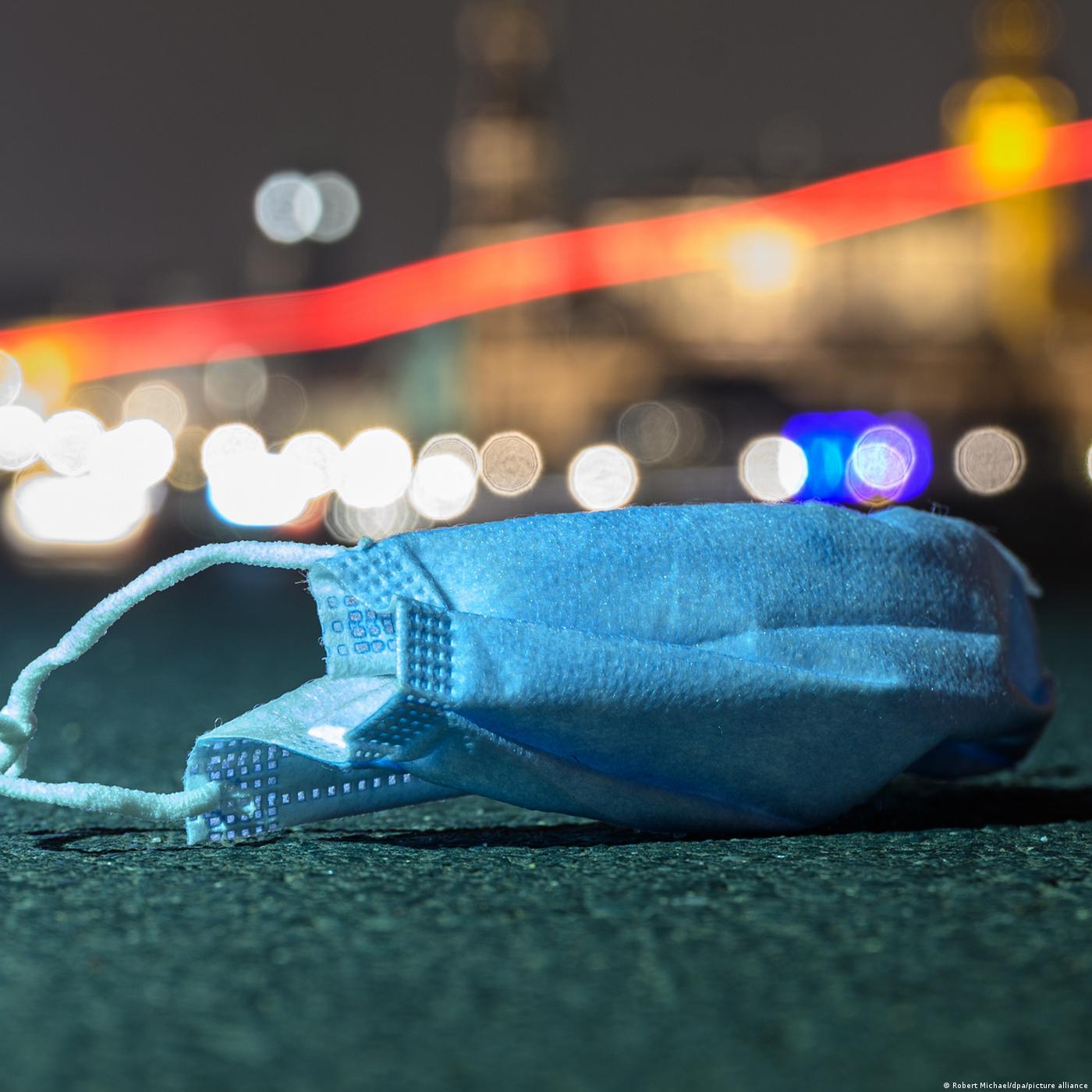 COVID: Germany ends obligatory masks for public transit
Bus, tram and train passengers in Germany will no longer have to wear masks. But the health minister is still recommending their voluntary use to prevent the spread of coronavirus infections.
DW.com - 02.02.2023 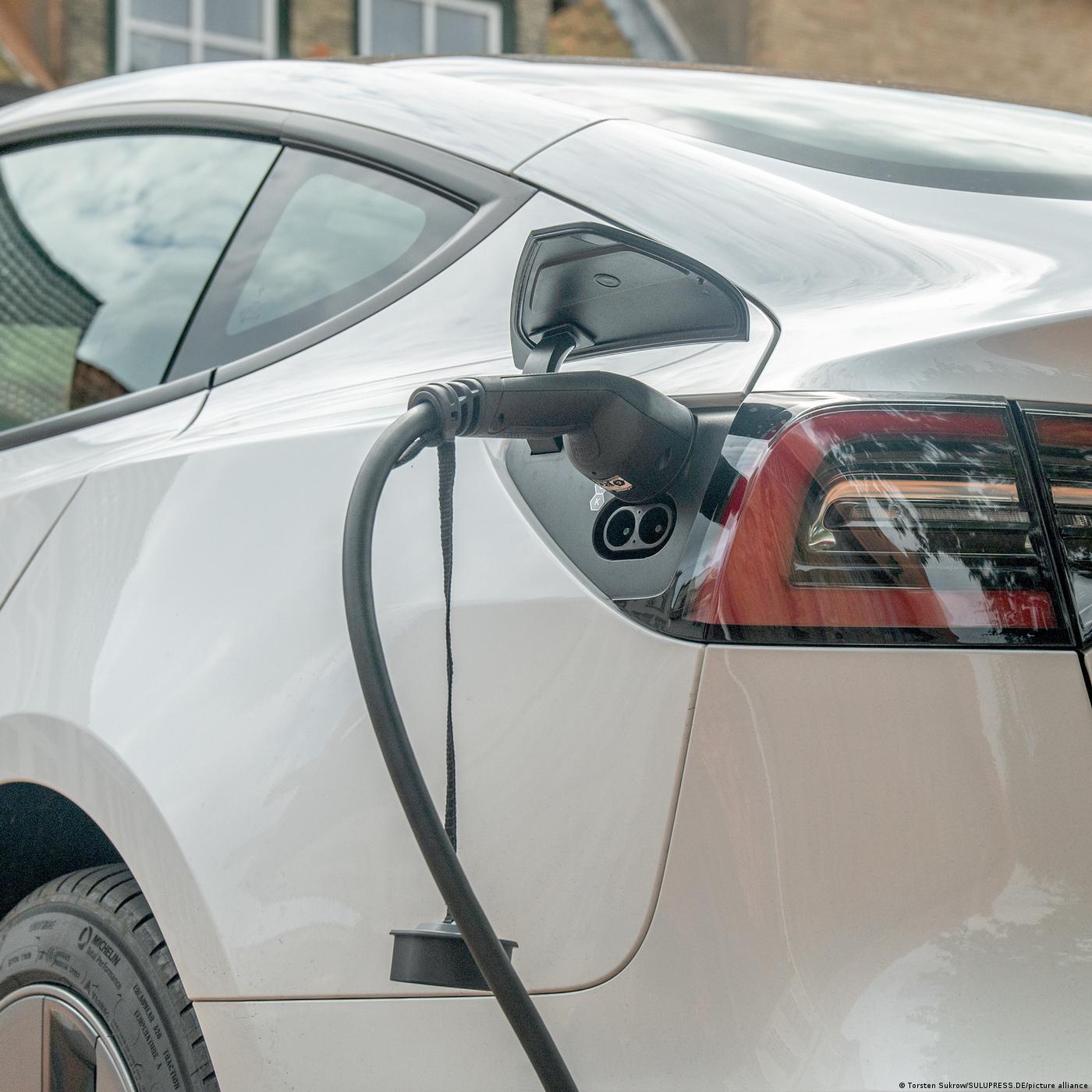 Electric cars reach peak EU market share in 2022
Battery electric vehicles have climbed to a record share of new car sales in the EU, albeit still a modest 12.1%. In the last quarter, alternatively-powered vehicles outsold petrol and diesel for the first time.
DW.com - 02.02.2023 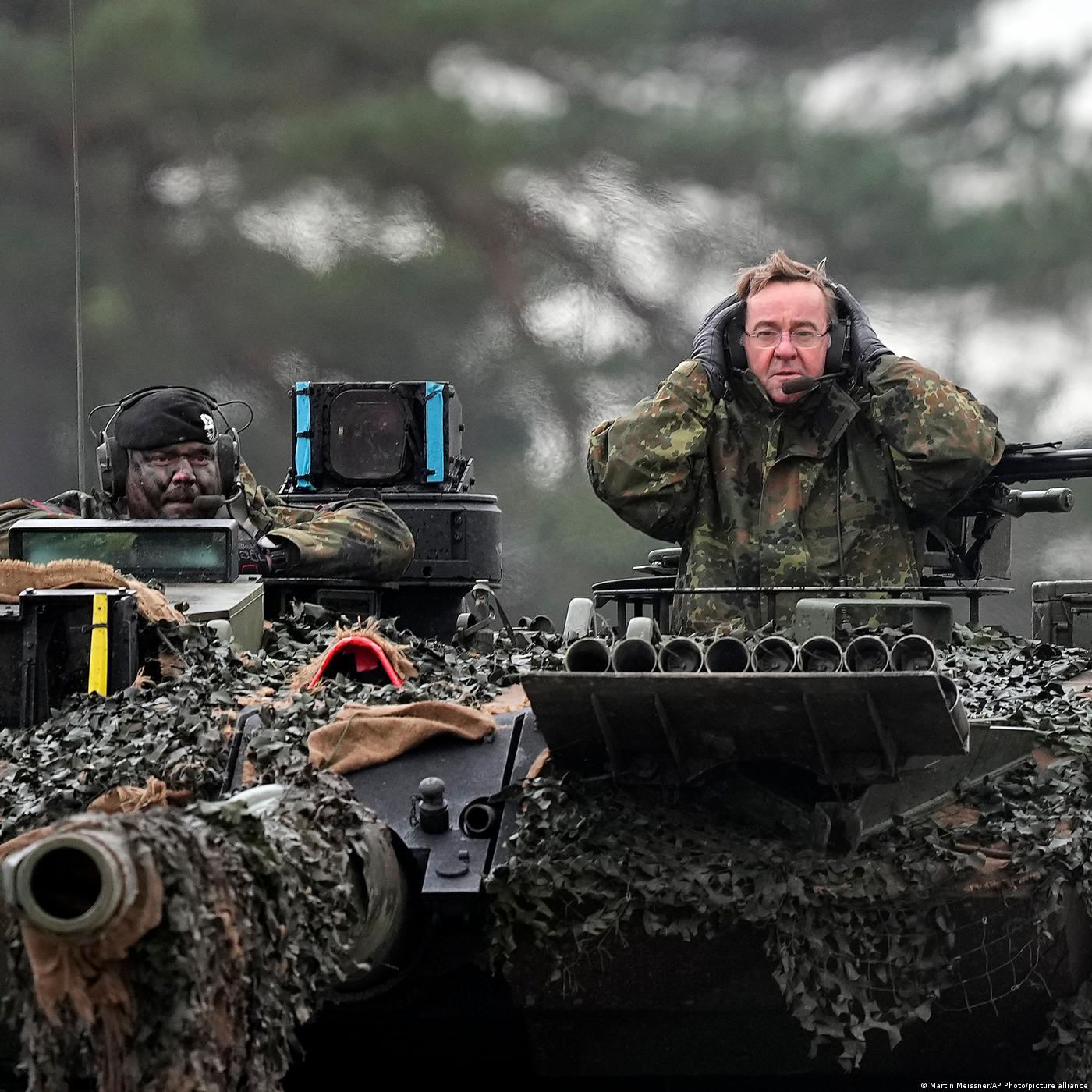 Germany calls for urgent replacement of Leopard 2 tanks
Newly appointed Defense Minister Boris Pistorius has said he wants to quickly replace tanks being sent to Ukraine. He has described the urgent funding as "essential."
DW.com - 01.02.2023 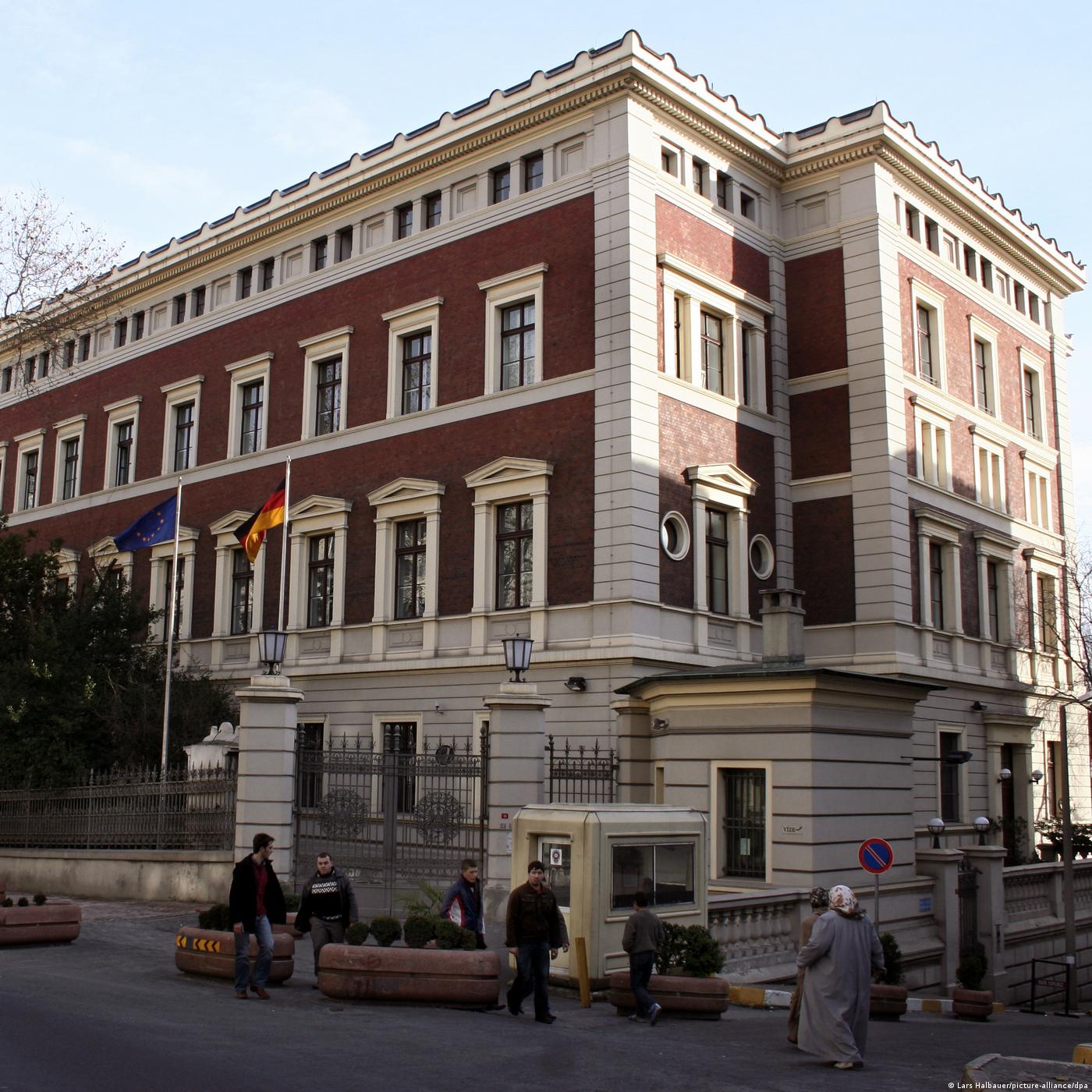 Germany closes Istanbul consulate over 'risk of attack'
The German Consulate in Istanbul warned citizens to avoid central areas of Turkey's largest city and avoid crowds. Several European countries have warned of increased risk of attacks in the wake of Quran burnings.
DW.com - 01.02.2023 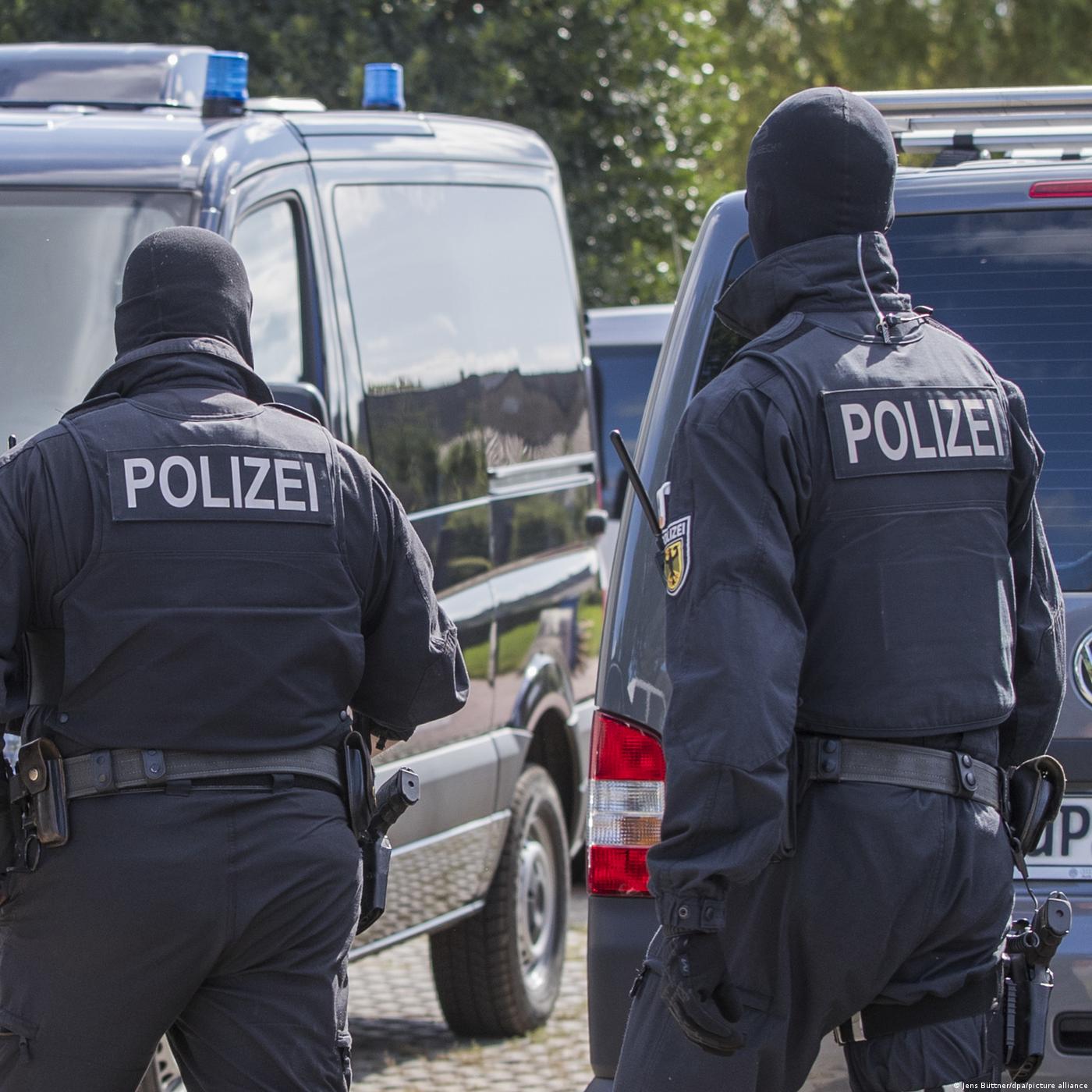 German top court: Police surveillance law 'partly' unconstitutional
Parts of a law expanding authorities' ability to conduct surveillance operations were ruled unconstitutional by Germany's highest court. The case is seen as a bellwether for the fate of similar laws in other states.
DW.com - 01.02.2023 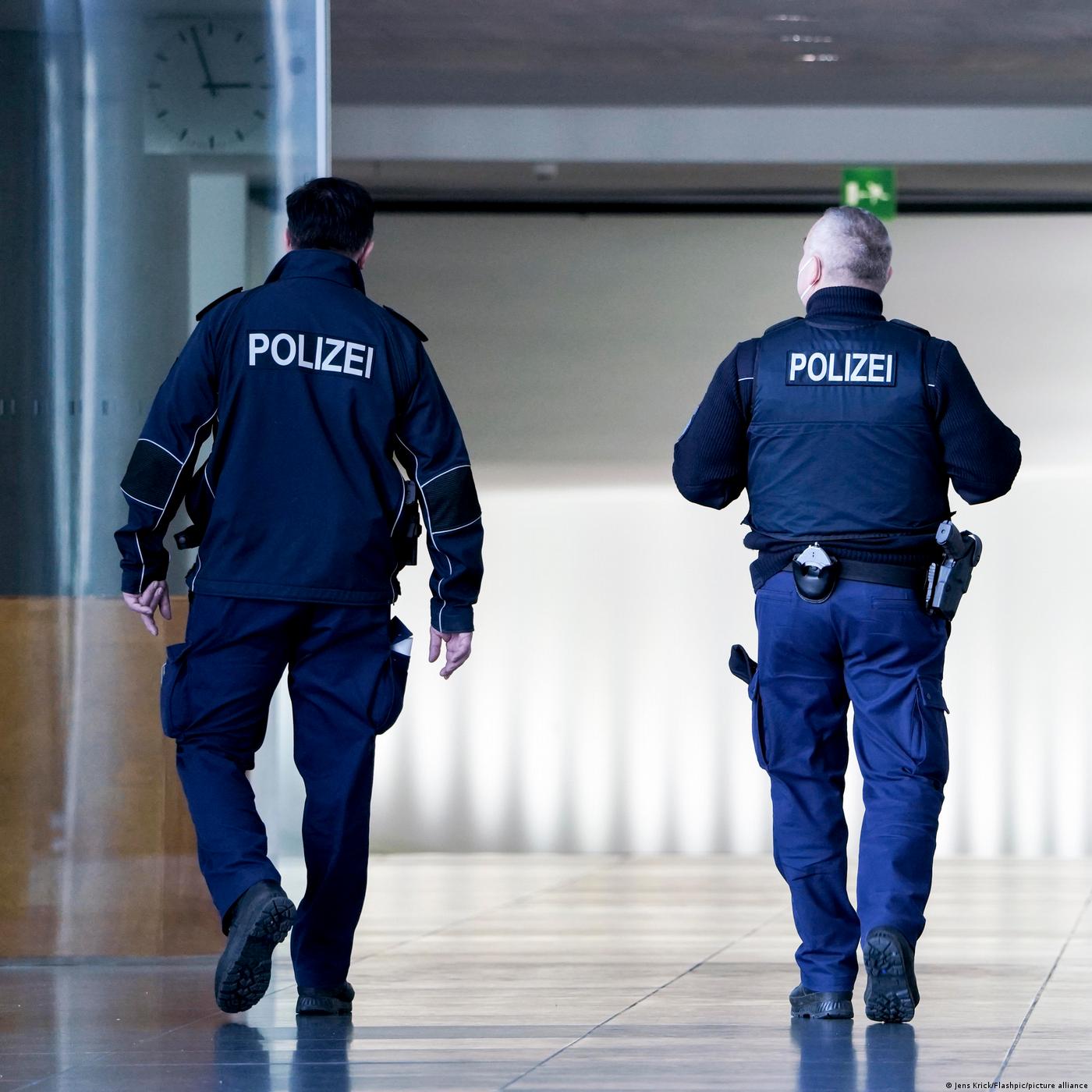 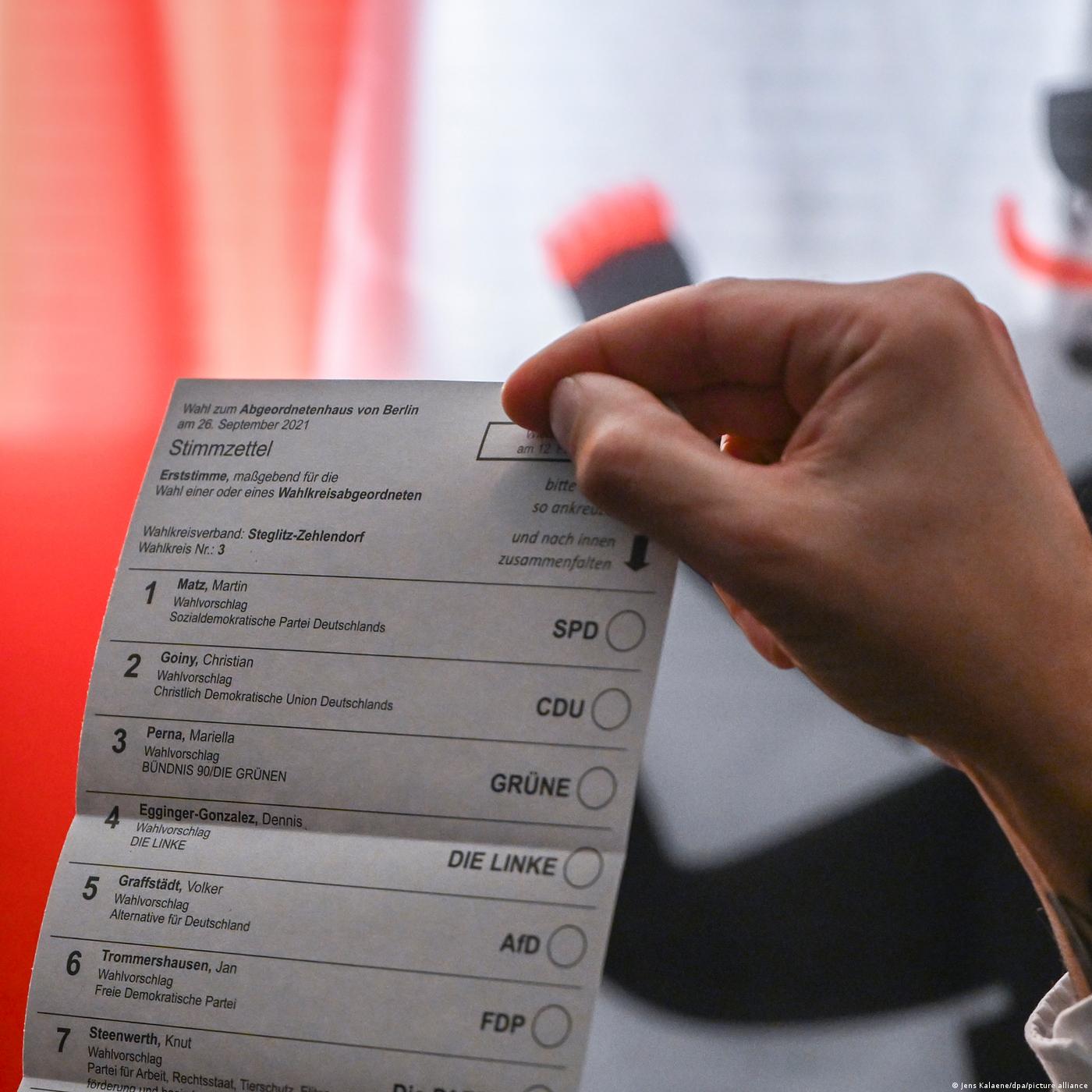 Berlin repeat election to go ahead, says Germany's top court
The court rejected an appeal to postpone the new vote, which has been called to address widespread irregularities in the 2021 state election. The city's leading parties met the decision with "relief."
DW.com - 31.01.2023 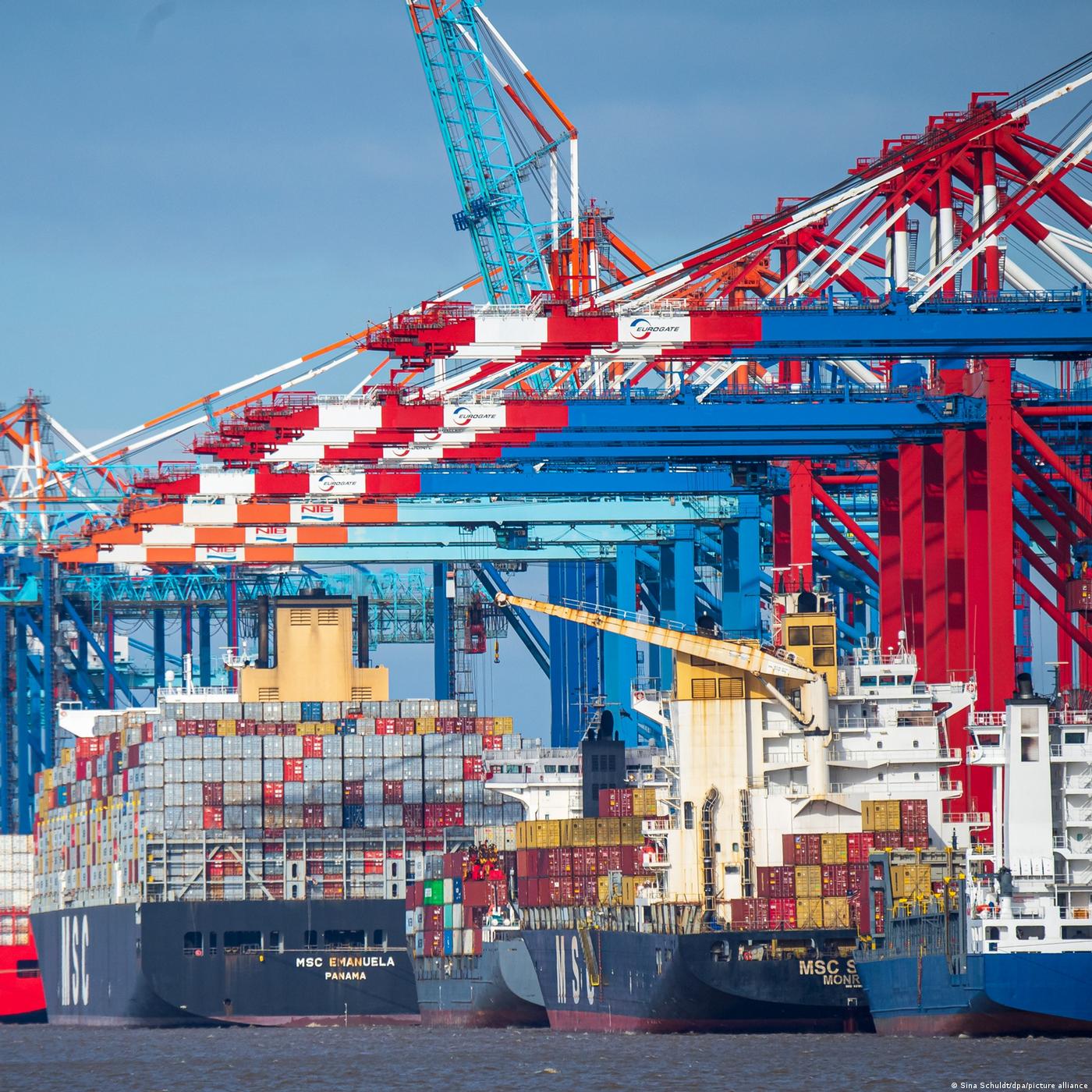 IMF says world not heading for 2023 recession
The International Monetary Fund has given a brighter outlook in its latest report than in October, predicting that inflation will slow. It said that European economies had shown more resilience than expected.
DW.com - 31.01.2023